Never wish life were easier, wish that you were better (Jim Rohn)

The Place to Build Dreams Into Reality

This is the site of NeoSentra Group. We are honored to have you here. May you find the information that you need, or simply contact us via the Blue LiveChat button on the bottom right corner

NeoSentra Learning Culture (NLC) is one of the key ingredients that contributes to our best efforts and successes.
Read More
Contact Us

We strongly believe that the right People at the right Time in the right Place with the right System will eventually generate the Best out of everything. At least, that’s how we GROW!

We aim towards NeoSentra 7P Philosophy (People, Passion, Purpose, Prowess, Profit, Public & Planet). The Big Vision of NeoSentra Group is to become the most valuable entity for humanity, by building great dreams into reality, and translating the vision into executable actions, as our Main Mission.

NeoSentra itself means A New Center, or in a more self-explanatory terms, a Paradigm-Shift, a new way of seeing the world, and thinking not just out of the box, but also to realize that there is no box.

NeoSentra Garda Nusa (NeFo) is the Foundation of NeoSentra Group in extending Our CSR & CSV to the world. 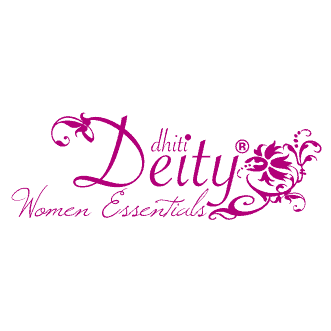 DhitiDeity Production is the place for women empowerment through Fashion, Cakery & Bakery, and Healthy Lifestyle.
Our Core Values


The seed of NeoSentra Group had originally begun in 1997 when The Founder created NeoSentra Colosseum as a Think-Tank Group to discuss the variety of topics for intellectual exercises and contributions among Student Movements prior to Indonesia’s political turmoil. In 1999, the group was changed into a more socially active movement and became known as NeoSentra Foundation (NeFo) based on the jargon by Former President Soekarno, New Emerging Force. NeoSentra itself means A New Center, or in a more self-explanatory terms, a Paradigm-Shift, a new way of seeing the world, and thinking not just out of the box, but also to realize that there is no box.

Having had a series of collaborations with many socio-entrepreneur groups, in 2001, NeoSentra Group came into being as a spirit to inspire and empower Young Leaders and start-up Entrepreneurs to build a sustainable business ecosystem that envision a learning society to represent those who want to build their dreams into reality by harnessing their capabilities of translating visions into actions. In 2004, the group experienced a hardship and forced to learn a very valuable lessons in life and business, that is to strive no matter what, and continuously build and rebuild the underlying visions even further, as a spirit with a dream and crystal clear end-goals.

Today, NeoSentra Group is reaching even higher than before, aiming towards mutual benefits of collaborative business view, where strategic partnership with all relevant entities are highly honored and will become challenges on how to generate an interdependent SocioEcoPreneurship environment in all levels of business and education widely, together. In all we do, We always begin with a question of why do we do this, and we are clearly determine to deliver the positive result and bring impact on each and every single one of our partner. The possibilities are endless!

If you want to find the secrets of the universe, think in terms of energy, frequency and vibration.
Nikola Tesla